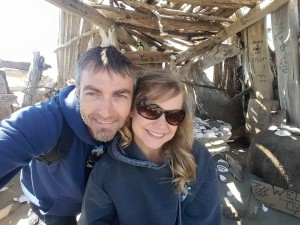 I was the one who broke up with him. He reminded me that it was my choice before I told him it was his. “I made a choice to take a stand for what I deserve and it was fair. I do not want to break up with you. I wanted you to realize the gravity of importance.”
He was quiet as I continued. “I said to you, this is important to me and the request should have been met by, yes, of course, I would do anything for you. I would do anything for you…”
We both sat there in silence after that. He spoke first, but he didn’t need to say what he said. “I think you made the right choice. I agree, I am not willing to give you what you need. I am not the person you want me to be. We should break up. You will be happier Amber.”
I could not believe that after two years his final answer was, “Let’s be done” especially considering that my initial request was not over the top. I had insisted that if he continue to see his first ex-wife for haircuts that he pay her for them instead of receiving them as gifts. He blew me off and dismissed it. “I am not willing to give up my free hair cuts, sorry.”
My shoulders slumped and then I got cocky, “Well, your choice might be a deal breaker for me. I do not keep my past lovers so close that they give me presents and special treatment.”
All of his energy told me I should go then, “I don’t know what to tell you. Like I said before, I am not willing to give up my free haircut.”
He left for work soon after. He sent me a text that said, “I LOVE YOU!!! Have a great day!”
I sat there looking at his words, thinking, if you love me then why do you value me less than a thirty dollar hair-cut? I did not share my thoughts. I texted him a heart emo-con and then I drove the his ex-wife’s salon and I left her cash to cover the work that she had done. There was no confrontation. She was not there, besides, I happen to like and respect her. She’s even cut my own hair and I pay her every time.
The whole thing was not sitting right with me and that is why I broke up with him when he was pissed. When I told him what I had done he became unglued. “You had not right!!!! You are not my wife!!”
“I am not your wife?” It took only a moment for me to realize that his love for me is platonic. “You are right. I am not your wife. I will never be your wife. She was your wife and I was your girlfriend. Now you don’t have either one. You do not have a wife and you do not have a girlfriend. I think we should be done.”
He agreed and two weeks later I am here, writing another chapter in my book. This morning the two of us sat having coffee, barely rested. “I woke up at three in the morning and I could not go back to sleep,” he said from the couch as I came upstairs to find coffee. He sleeps on one level of the house and I sleep on another. His face became concerned when he saw me dragging up the stairs, “You look really tired still.”
“I haven’t gotten more than a few hours of sleep since we broke up,” I admitted sluggishly. “I can’t eat. I can’t sleep. My guts are twisted so tight I physically hurt. I am aching.”
“I know,” he frowned. “I am sorry. It’s been the same for me. It will get better for both of us in time.”
He comforts me and supports me to the same final ending. We broke up and now we get on with life.
“There is fresh coffee in the kitchen,” he said as I turned the corner to look. “I will make us some oatmeal for breakfast. You need to eat. Then you need to go to the gym. You have a plan remember. Fuel yourself and then get sh*t done.”